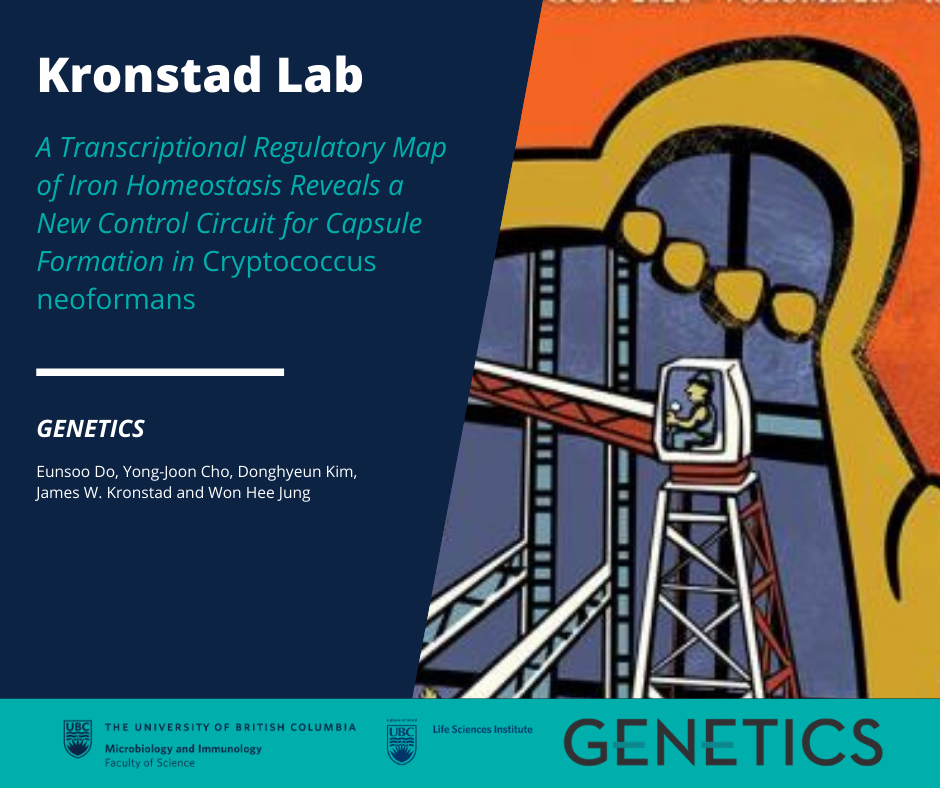 Iron is essential for the growth of the human fungal pathogen Cryptococcus neoformanswithin the vertebrate host, and iron sensing contributes to the elaboration of key virulence factors, including the formation of the polysaccharide capsule. C. neoformansemploys sophisticated iron acquisition and utilization systems governed by the transcription factors Cir1 and HapX. However, the details of the transcriptional regulatory networks that are governed by these transcription factors and connections to virulence remain to be defined. Here, we used chromatin immunoprecipitation followed by next-generation sequencing (ChIP-seq) and transcriptome analysis (RNA-seq) to identify genes directly regulated by Cir1 and/or HapX in response to iron availability. Overall, 40 and 100 genes were directly regulated by Cir1, and 171 and 12 genes were directly regulated by HapX, under iron-limited and replete conditions, respectively. More specifically, we found that Cir1 directly controls the expression of genes required for iron acquisition and metabolism, and indirectly governs capsule formation by regulating specific protein kinases, a regulatory connection not previously revealed. HapX regulates the genes responsible for iron-dependent pathways, particularly under iron-depleted conditions. By analyzing target genes directly bound by Cir1 and HapX, we predicted the binding motifs for the transcription factors and verified that the purified proteins bind these motifs in vitro. Furthermore, several direct target genes were coordinately and reciprocally regulated by Cir1 and HapX, suggesting that these transcription factors play conserved roles in the response to iron availability. In addition, biochemical analyses revealed that Cir1 and HapX are iron-containing proteins, implying that the regulatory networks of Cir1 and HapX may be influenced by the incorporation of iron into these proteins. Taken together, our identification of the genome-wide transcriptional networks provides a detailed understanding of the iron-related regulatory landscape, establishes a new connection between Cir1 and kinases that regulate capsule, and underpins genetic and biochemical analyses that reveal iron-sensing mechanisms for Cir1 and HapX in C. neoformans.