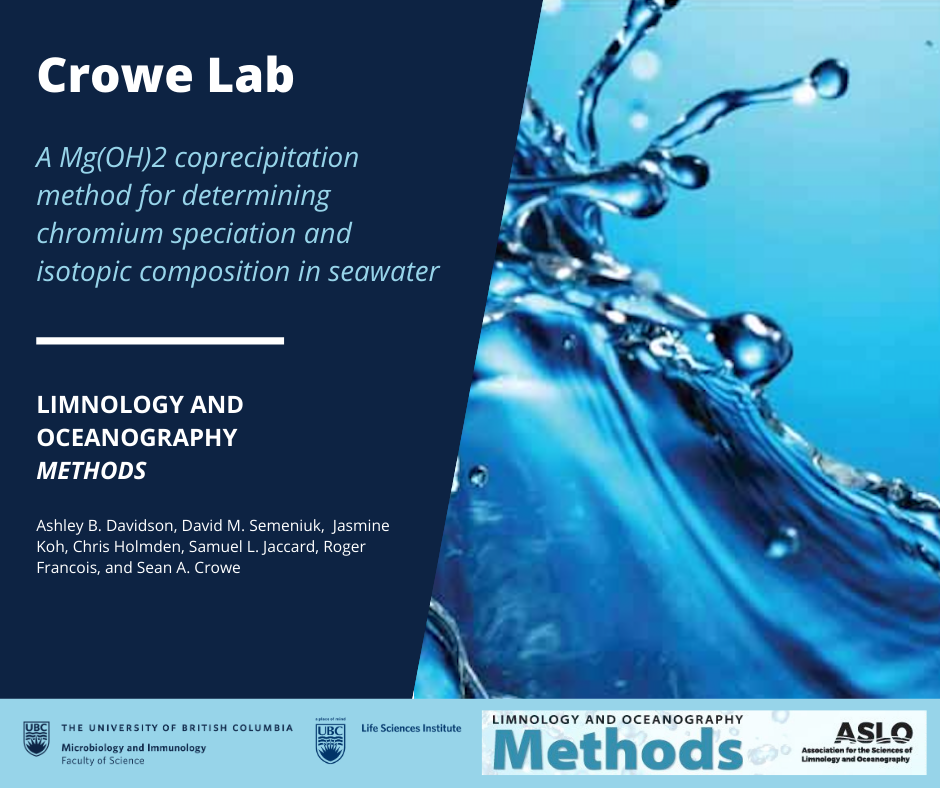 Chromium (Cr) stable isotopes have emerged as a powerful tool for tracking environmental redox transformations. This is because Cr isotopes are fractionated during redox reactions between Cr(III) and Cr(VI). In order to fully exploit the information recorded within Cr isotope compositions, we must be able to track changes in Cr speciation throughout the environment and, in particular, the changes in speciation between input to the ocean and eventual deposition in sediments. We must also be able to access the isotope compositions of each Cr species, rather than only total dissolved Cr. We have thus developed a magnesium hydroxide coprecipitation method that meets these objectives. This method achieves complete recovery and has a typical precision on concentration measurements of ±8% (1σ). It was tested using seawater collected from Saanich Inlet, a persistently anoxic fjord on the Pacific coast of Canada. Chromium speciation profiles and proof‐of‐concept isotope ratio measurements on selected samples indicate that isotopically lighter Cr(III) can be isolated from coexisting isotopically heavier Cr(VI), effectively resolving species‐specific Cr isotope compositions. While the oxygenated surface waters of Saanich Inlet follow the generally observed correlation between seawater Cr concentration and its isotopic composition, seawater from anoxic depths diverges from this array, indicating that different processes are responsible for setting the isotope composition of these deeper waters. Broader application of Mg(OH)2coprecipitation has strong potential to yield new insights into the fractionation of Cr isotopes in the oceans and the pathways that ultimately set the Cr isotopic composition of marine sediments and sedimentary archives.