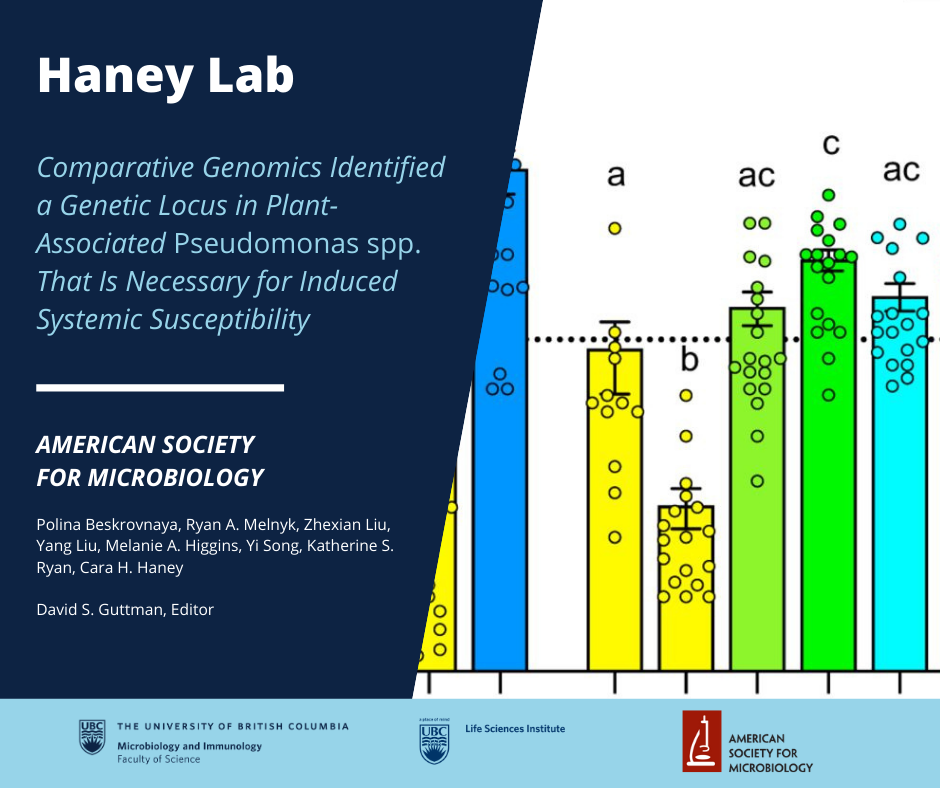 Plant root-associated microbes promote plant growth and elicit induced systemic resistance (ISR) to foliar pathogens. In an attempt to find novel growth-promoting and ISR-inducing strains, we previously identified strains of root-associated Pseudomonas spp. that promote plant growth but unexpectedly elicited induced systemic susceptibility (ISS) rather than ISR to foliar pathogens. Here, we demonstrate that the ISS-inducing phenotype is common among root-associated Pseudomonas spp. Using comparative genomics, we identified a single Pseudomonas fluorescens locus that is unique to ISS strains. We generated a clean deletion of the 11-gene ISS locus and found that it is necessary for the ISS phenotype. Although the functions of the predicted genes in the locus are not apparent based on similarity to genes of known function, the ISS locus is present in diverse bacteria, and a subset of the genes were previously implicated in pathogenesis in animals. Collectively, these data show that a single bacterial locus contributes to modulation of systemic plant immunity.

IMPORTANCE Microbiome-associated bacteria can have diverse effects on health of their hosts, yet the genetic and molecular bases of these effects have largely remained elusive. This work demonstrates that a novel bacterial locus can modulate systemic plant immunity. Additionally, this work demonstrates that growth-promoting strains may have unanticipated consequences for plant immunity, and this is critical to consider when the plant microbiome is being engineered for agronomic improvement.