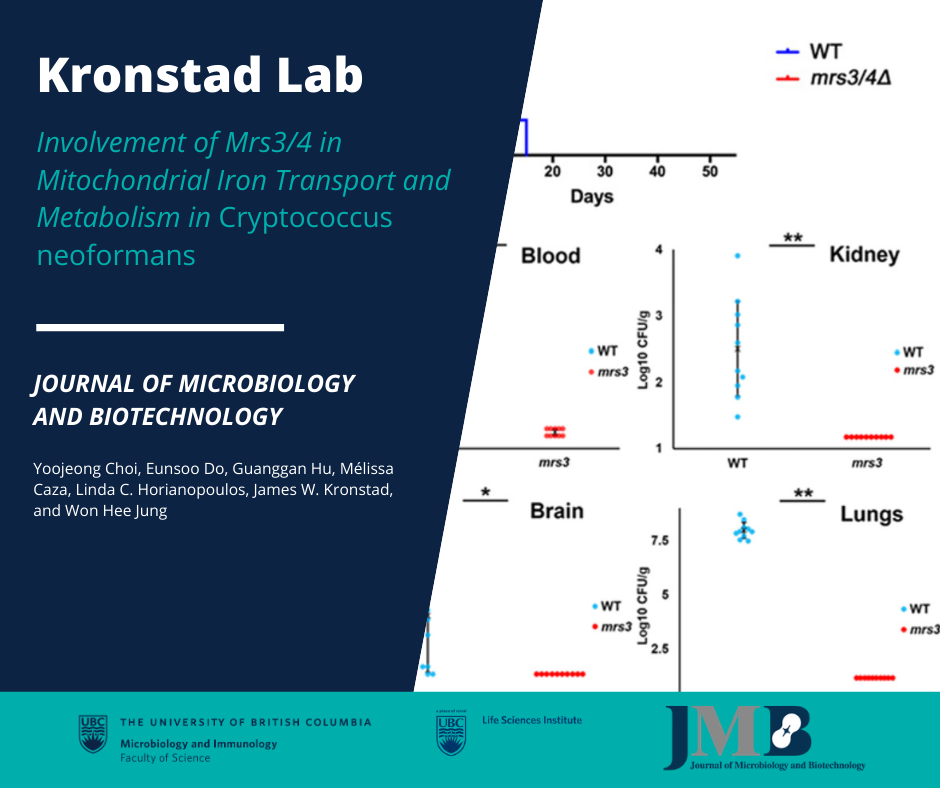 Mitochondria play a vital role in iron uptake and metabolism in pathogenic fungi, and also influence virulence and drug tolerance. However, the regulation of iron transport within the mitochondria of Cryptococcus neoformans, a causative agent of fungal meningoencephalitis in immunocompromised individuals, remains largely uncharacterized. In this study, we identified and functionally characterized Mrs3/4, a homolog of the Saccharomyces cerevisiae mitochondrial iron transporter, in C. neoformans var. grubii. A strain expressing an Mrs3/4-GFP fusion protein was generated, and the mitochondrial localization of the fusion protein was confirmed. Moreover, a mutant lacking the MRS3/4 gene was constructed; this mutant displayed significantly reduced mitochondrial iron and cellular heme accumulation. In addition, impaired mitochondrial iron-sulfur cluster metabolism and altered expression of genes required for iron uptake at the plasma membrane were observed in the mrs3/4 mutant, suggesting that Mrs3/4 is involved in iron import and metabolism in the mitochondria of C. neoformans. Using a murine model of cryptococcosis, we demonstrated that an mrs3/4 mutant is defective in survival and virulence. Taken together, our study suggests that Mrs3/4 is responsible for iron import in mitochondria and reveals a link between mitochondrial iron metabolism and the virulence of C. neoformans.