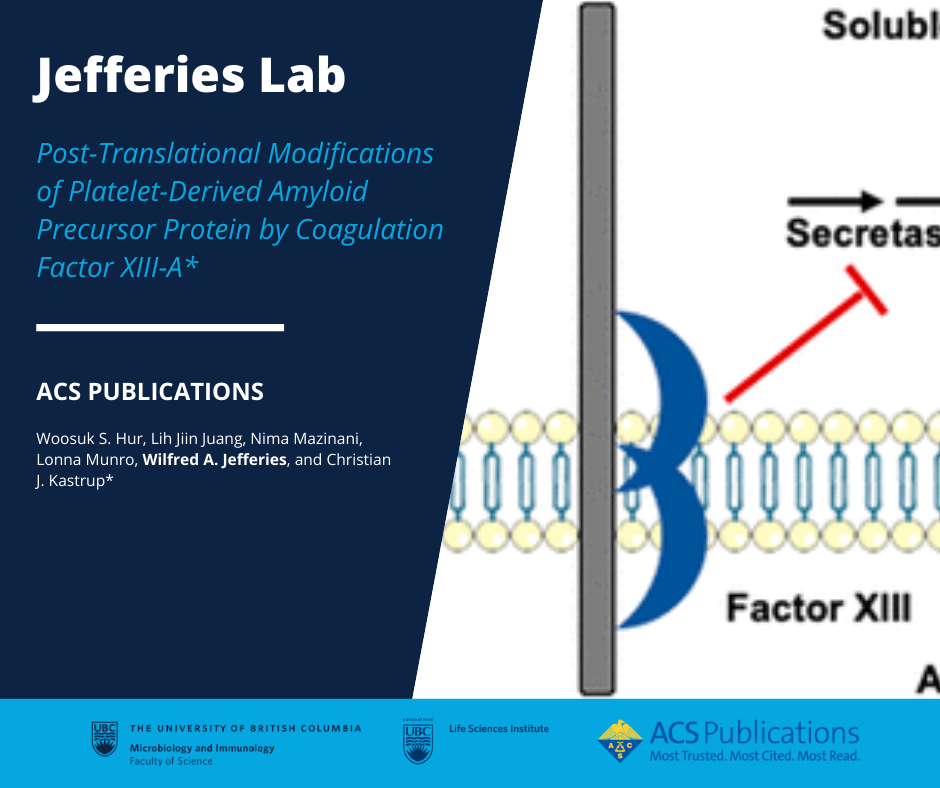 The physiological function of amyloid β precursor protein (APP) in platelets has remained elusive. Upon platelet activation, APP localizes to the platelet surface and is proteolytically processed by proteases to release various metabolites, including amyloid β (Aβ) and soluble APP. Synthetic Aβ is a substrate of activated coagulation factor XIII (FXIII-A*), a transglutaminase that is active both inside and on the surface of platelets. Here we tested if platelet APP and its fragments are covalently modified by FXIII-A*. Platelet-derived FXIII-A* and fibrin(ogen) bound to APP, and their bound fractions increased 7- and 11-fold upon platelet activation, respectively. The processing of platelet APP was enhanced when FXIII-A* was inhibited. Soluble APPβ was covalently cross-linked by FXIII-A*. This mechanism regulating APP processing is significant, because controlling the processing of APP, such as by inhibiting specific secretases that cleave APP, is a therapeutic target for Alzheimer’s disease.