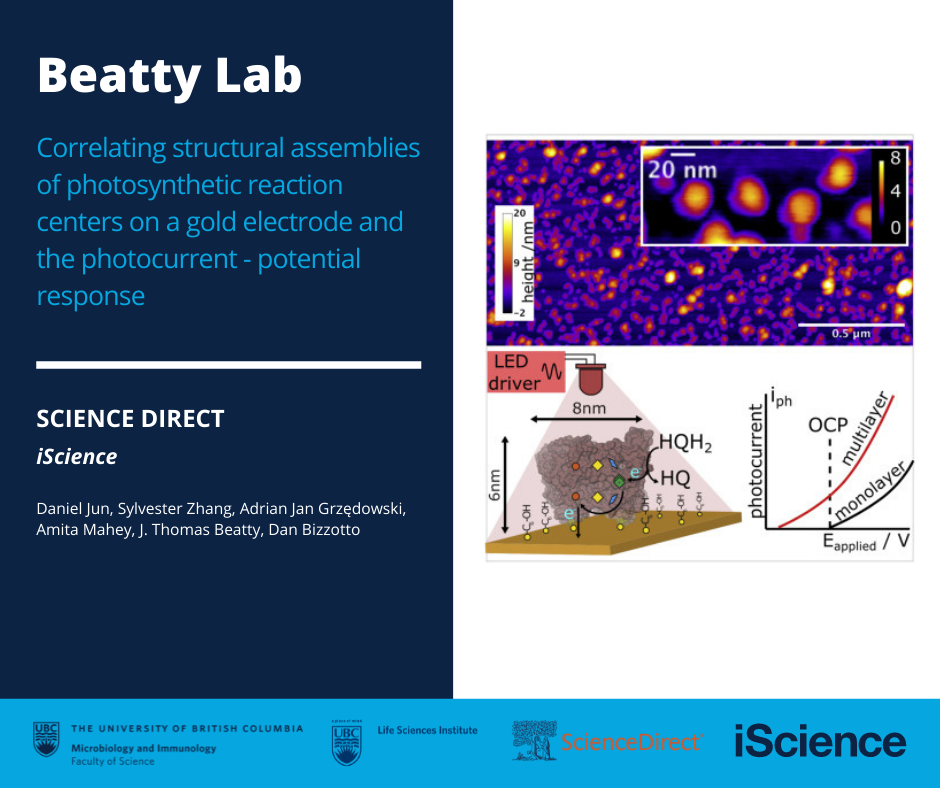 The use of biomacromolecules is a nascent development in clean alternative energies. In applications of biosensors and biophotovoltaic devices, the bacterial photosynthetic reaction center (RC) is a protein-pigment complex that has been commonly interfaced with electrodes, in large part to take advantage of the long-lived and high efficiency of charge separation. We investigated assemblies of RCs on an electrode that range from monolayer to multilayers by measuring the photocurrent produced when illuminated by an intensity-modulated excitation light source. In addition, atomic force microscopy and modeling of the photocurrent with the Marcus-Hush-Chidsey theory detailed the reorganization energy for the electron transfer process, which also revealed changes in the RC local environment due to the adsorbed conformations. The local environment in which the RCs are embedded significantly influenced photocurrent generation, which has implications for electron transfer of other biomacromolecules deposited on a surface in sensor and photovoltaic applications employing a redox electrolyte.