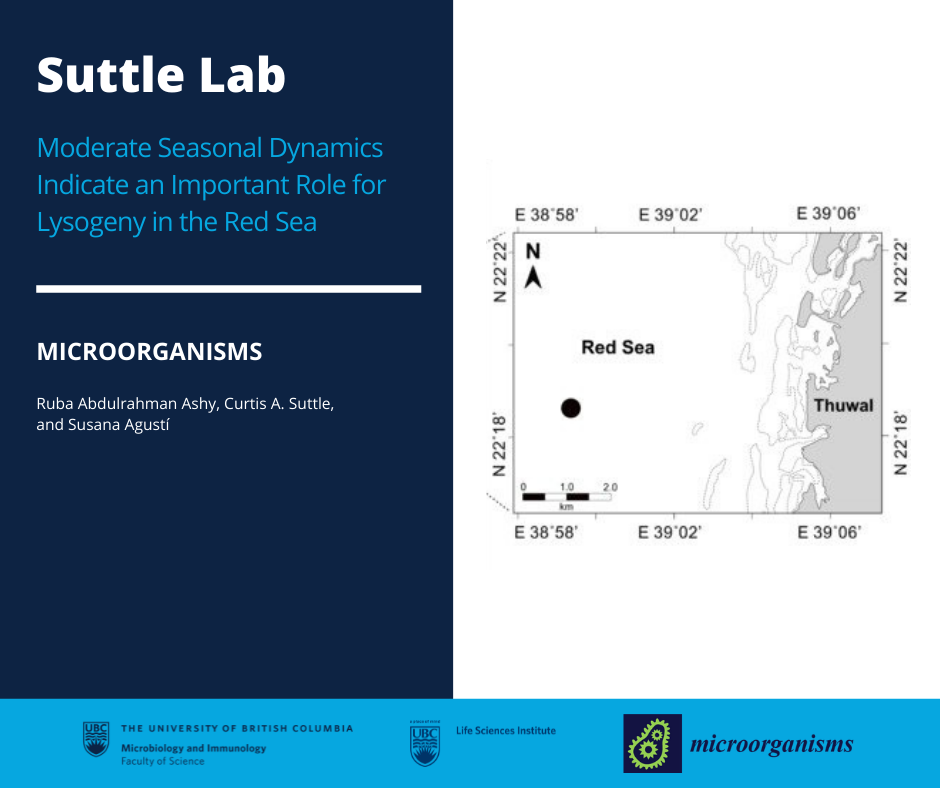 Viruses are the most abundant microorganisms in marine environments and viral infections can be either lytic (virulent) or lysogenic (temperate phage) within the host cell. The aim of this study was to quantify viral dynamics (abundance and infection) in the coastal Red Sea, a narrow oligotrophic basin with high surface water temperatures (22–32 °C degrees), high salinity (37.5–41) and continuous high insolation, thus making it a stable and relatively unexplored environment. We quantified viral and environmental changes in the Red Sea (two years) and the occurrence of lysogenic bacteria (induced by mitomycin C) on the second year. Water temperatures ranged from 24.0 to 32.5 °C, and total viral and bacterial abundances ranged from 1.5 to 8.7 × 106 viruses mL−1 and 1.9 to 3.2 × 105 bacteria mL−1, respectively. On average, 12.24% ± 4.8 (SE) of the prophage bacteria could be induced by mitomycin C, with the highest percentage of 55.8% observed in January 2018 when bacterial abundances were low; whereas no induction was measurable in spring when bacterial abundances were highest. Thus, despite the fact that the Red Sea might be perceived as stable, warm and saline, relatively modest changes in seasonal conditions were associated with large swings in the prevalence of lysogeny. View Full-Text