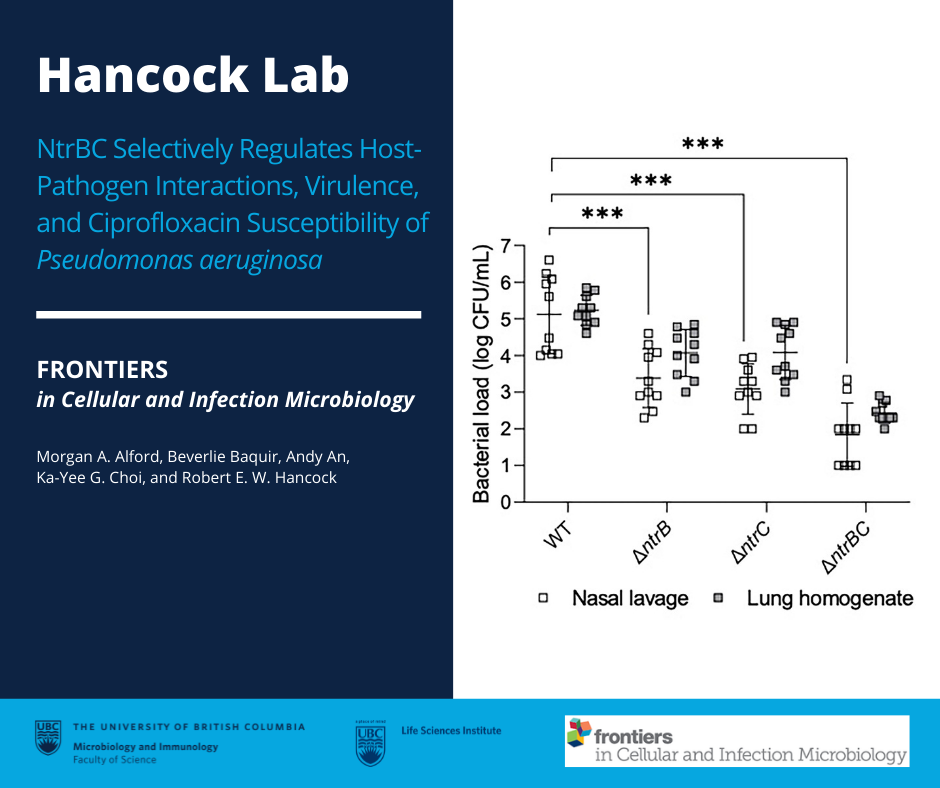 Pseudomonas aeruginosa is a metabolically versatile opportunistic pathogen capable of infecting distinct niches of the human body, including skin wounds and the lungs of cystic fibrosis patients. Eradication of P. aeruginosa infection is becoming increasingly difficult due to the numerous resistance mechanisms it employs. Adaptive resistance is characterized by a transient state of decreased susceptibility to antibiotic therapy that is distinct from acquired or intrinsic resistance, can be triggered by various environmental stimuli and reverted by removal of the stimulus. Further, adaptive resistance is intrinsically linked to lifestyles such as swarming motility and biofilm formation, both of which are important in infections and lead to multi-drug adaptive resistance. Here, we demonstrated that NtrBC, the master of nitrogen control, had a selective role in host colonization and a substantial role in determining intrinsic resistance to ciprofloxacin. P. aeruginosa mutant strains (ΔntrB, ΔntrC and ΔntrBC) colonized the skin but not the respiratory tract of mice as well as WT and, unlike WT, could be reduced or eradicated from the skin by ciprofloxacin. We hypothesized that nutrient availability contributed to these phenomena and found that susceptibility to ciprofloxacin was impacted by nitrogen source in laboratory media. P. aeruginosa ΔntrB, ΔntrC and ΔntrBC also exhibited distinct host interactions, including modestly increased cytotoxicity toward human bronchial epithelial cells, reduced virulence factor production and 10-fold increased uptake by macrophages. These data might explain why NtrBC mutants were less adept at colonizing the upper respiratory tract of mice. Thus, NtrBC represents a link between nitrogen metabolism, adaptation and virulence of the pathogen P. aeruginosa, and could represent a target for eradication of recalcitrant infections in situ.