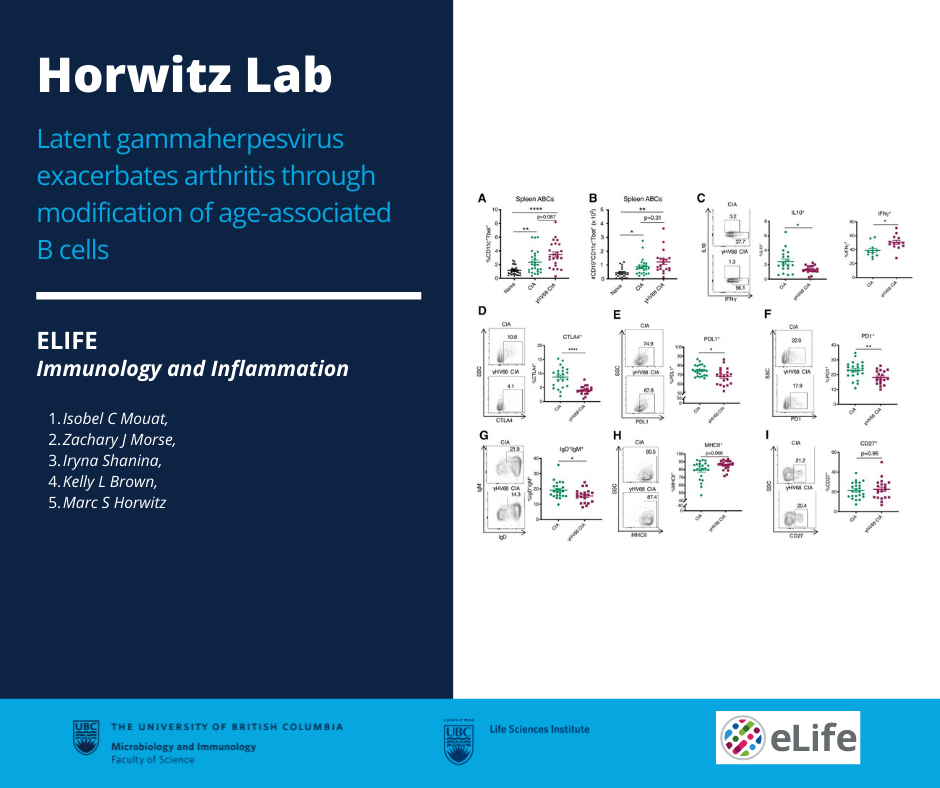 Epstein-Barr virus (EBV) infection is associated with rheumatoid arthritis (RA) in adults, though the nature of the relationship remains unknown. Herein, we have examined the contribution of viral infection to the severity of arthritis in mice. We have provided the first evidence that latent gammaherpesvirus infection enhances clinical arthritis, modeling EBV’s role in RA. Mice latently infected with a murine analog of EBV, gammaherpesvirus 68 (γHV68), develop more severe collagen-induced arthritis and a Th1-skewed immune profile reminiscent of human disease. We demonstrate that disease enhancement requires viral latency and is not due to active virus stimulation of the immune response. Age-associated B cells (ABCs) are associated with several human autoimmune diseases, including arthritis, though their contribution to disease is not well understood. Using ABC knockout mice, we have provided the first evidence that ABCs are mechanistically required for viral enhancement of disease, thereby establishing that ABCs are impacted by latent gammaherpesvirus infection and provoke arthritis.