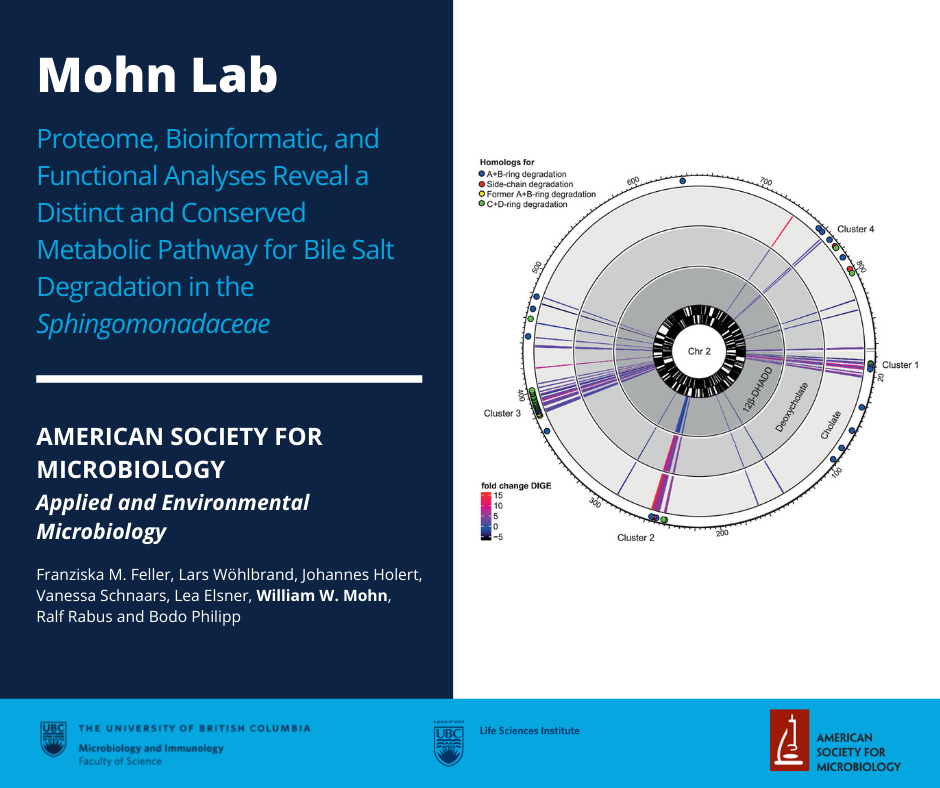 Bile salts are amphiphilic steroids with digestive functions in vertebrates. Upon excretion, bile salts are degraded by environmental bacteria. Degradation of the bile salt steroid skeleton resembles the well-studied pathway for other steroids, like testosterone, while specific differences occur during side chain degradation and the initiating transformations of the steroid skeleton. Of the latter, two variants via either Δ1,4- or Δ4,6-3-ketostructures of the steroid skeleton exist for 7-hydroxy bile salts. While the Δ1,4 variant is well known from many model organisms, the Δ4,6 variant involving a 7-hydroxysteroid dehydratase as a key enzyme has not been systematically studied. Here, combined proteomic, bioinformatic, and functional analyses of the Δ4,6variant in Sphingobium sp. strain Chol11 were performed. They revealed a degradation of the steroid rings similar to that of the Δ1,4 variant except for the elimination of the 7-OH as a key difference. In contrast, differential production of the respective proteins revealed a putative gene cluster for the degradation of the C5 carboxylic side chain encoding a CoA ligase, an acyl-CoA dehydrogenase, a Rieske monooxygenase, and an amidase but lacking most canonical genes known from other steroid-degrading bacteria. Bioinformatic analyses predicted the Δ4,6 variant to be widespread among the Sphingomonadaceae, which was verified for three type strains which also have the predicted side chain degradation cluster. A second amidase in the side chain degradation gene cluster of strain Chol11 was shown to cleave conjugated bile salts while having low similarity to known bile salt hydrolases. This study identifies members of the Sphingomonadaceae that are remarkably well adapted to the utilization of bile salts via a partially distinct metabolic pathway.