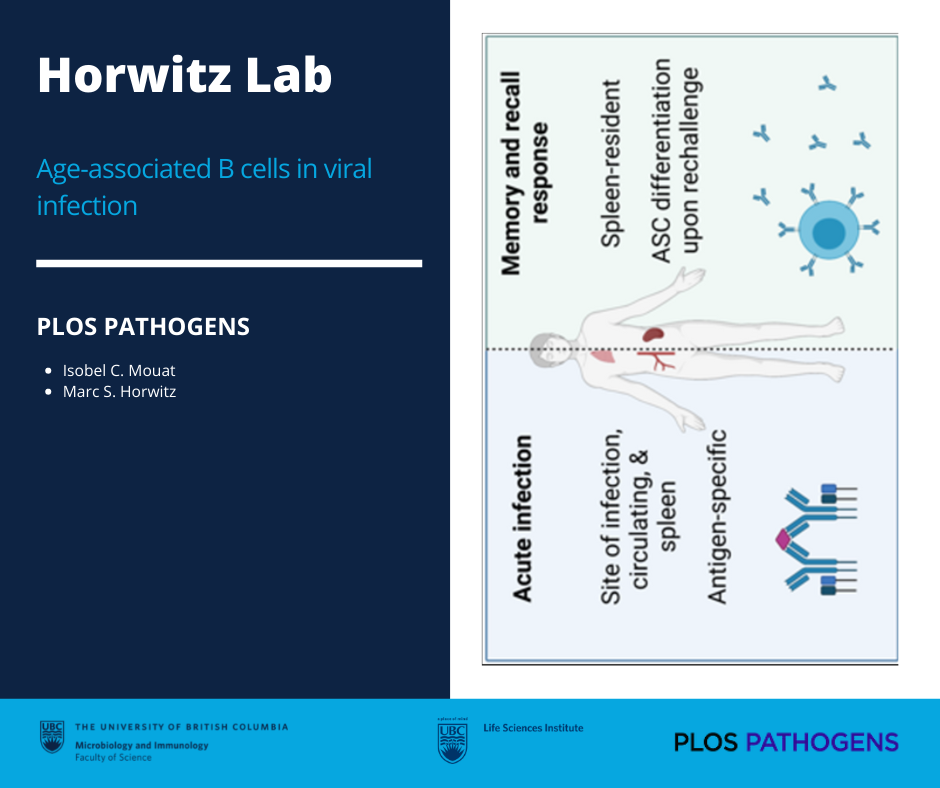 Age-associated B cells (ABCs) are a recently identified, unique B cell population that displays both protective and pathogenic characteristics, depending on the context. A major role of ABCs is to protect from viral infection. ABCs expand during an array of viral infections and display various functional capacities, including secretion of antibodies and activation of T cells. Following resolution of infection, ABCs appear to persist and play a crucial role in memory and recall responses. Here, we review the currently understanding of ABCs in the antiviral response in both humans and mice. We discuss avenues for future research, including the impact of sex on the ABC population and heterogeneity of ABCs between contexts.