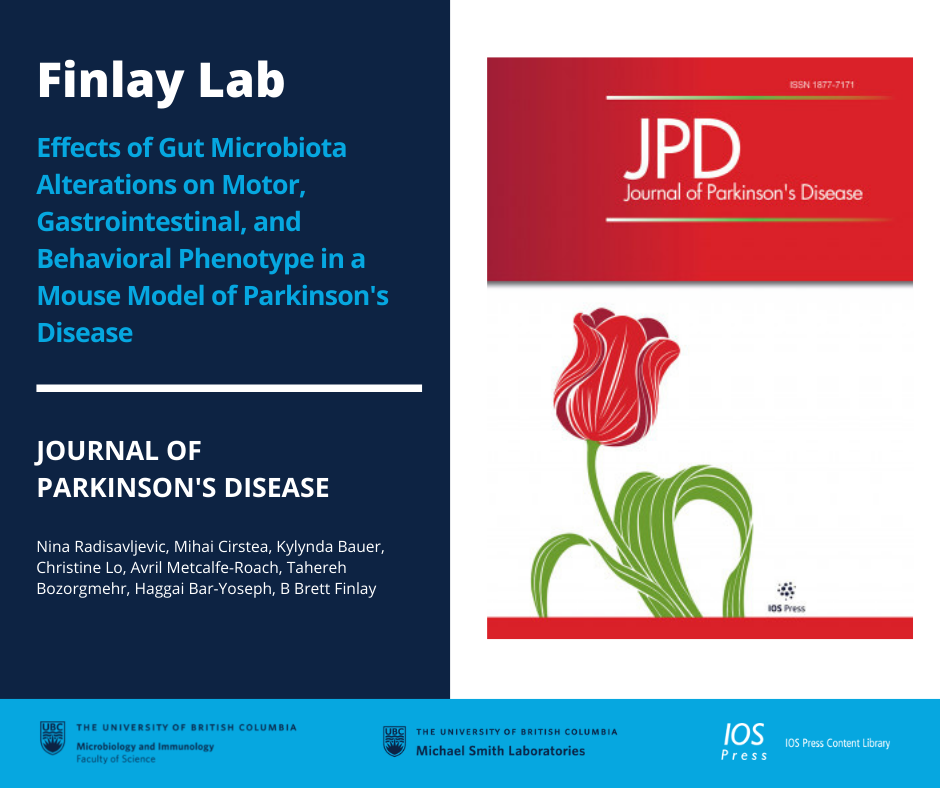 Background: Parkinson's disease (PD) is a multi-system disorder consisting of not only classic motor symptoms but also a variety of non-motor symptoms including gastrointestinal (GI) dysfunction and mood disorders. The gut microbiota has been suggested to play a role in modulating PD motor and non-motor features, although the causality and mechanisms behind these proposed interactions remains largely understudied.

Objective: In this study, we aimed to provide in-depth characterization of an established mouse model of PD (transgenic (TG) SNCA A53T) and experimentally address how changes to the gut microbiota impact the PD-like phenotype.

Results: We found that this mouse model demonstrated early (6 weeks of age) motor symptoms when compared to a wild-type control mouse strain. Transgenic mice also exhibited early GI dysfunction, as well as behavioral alterations, including reduced anxiety-like behavior, and increased depression-like and apathy-like behavior. Compared to wild-type mice, the transgenic fecal microbiota was less diverse and compositionally distinct. Interestingly, drastic alterations to the gut microbiota, through antibiotic treatment or cohousing with wild-type mice, had a minimal effect on the motor, GI, and behavioral phenotype of transgenic mice.

Conclusion: We concluded that this mouse model effectively recapitulates motor and non-motor features of PD; however, the gut microbiota appears to exhibit a minor impact on the pathophysiology of this PD model.