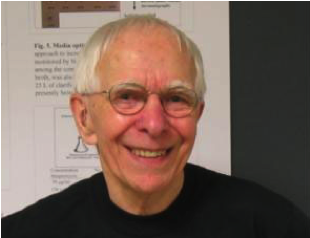 Dr. Julian Davies, professor emeritus in the Department of Microbiology & Immunology has recently received two prestigious awards to honor his many groundbreaking contributions to the field of microbiology.  Early in his career, Julian and his colleagues identified how major classes of antibiotics kill bacteria.  Subsequently he has focused on isolating antibiotics from a variety of natural sources, understanding the functions of antibiotics in nature, and elucidating the mechanisms underlying the increasing resistance of bacteria to antibiotics. 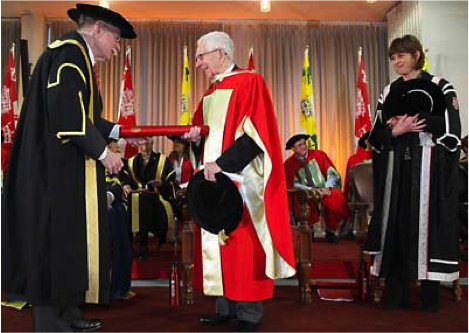 On May 30, 2011 Julian was awarded an honorary doctorate (Doctor of Science, honoris causa) from McGill University.  In his convocation address, Julian urged the graduating students to use their skills and talents to tackle important global problems for the benefit of all: “I’d like to ask you as graduates this year to use science to change the world…There are things that have to be done. And I think that it’s people like you that should be able to do this. You have the right training; you have the right attitude…you’re good looking. You should be able to do this kind of thing, and lead the world in science. 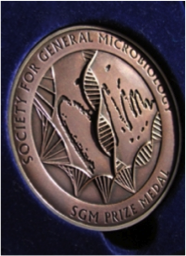 It has also been recently announced that Julian will be awarded the Society for General Microbiology Prize Medal. This is a relatively new prize that the Society has instituted to recognize a microbiologist of international standing, whose work has had a far-reaching impact beyond microbiology.  The winner receives £1000, a prize medal, and gives a lecture on their work at a Society meeting.  The first medal was awarded in 2009 and the previous awardees were Nobel Prize winners Sir Paul Nurse, for his work on cell cycle regulation, and Dr. Stanley Pruisner, for discovering prions.