Dr. François Jean and FINDER facility play key roles in identifying a new and promising treatment for COVID-19 and variants 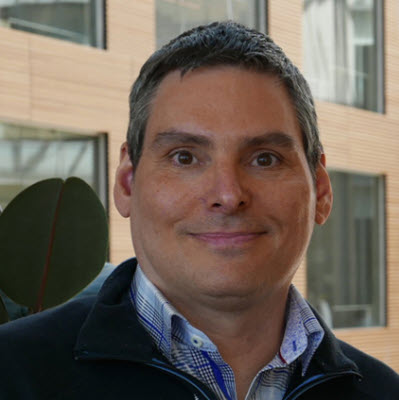 A new anti-viral drug could improve COVID-19 outcomes and survival rates — and is highly effective against multiple variants — according to a new study led by researchers at the University of British Columbia and Université de Sherbrooke.

The drug, called N-0385, blocks the SARS-CoV-2 virus from entering human cells through its favoured cell gateways. The results of the study are under review for publication in a scientific journal and have been uploaded as a preprint.

“In this study, we report a novel and highly potent small-molecule drug called N-0385, that acts as the most effective entry inhibitor to date,” says Dr. François Jean, a project lead and professor in the Department of Microbiology and Immunology at UBC. “We demonstrate that N-0385 is broadly protective against infection and mortality in mice, and believe N-0385 has potential as a viable early treatment option against emerging SARS-CoV-2 VOCs.”

Viable treatments for variants of concern (VOC) are urgently needed as they carry mutations in the virus spike protein that allow them to spread more easily, and cause more serious illness. VOCs may also be more resistant to antibodies produced by vaccines.

Currently, four VOCs are being monitored by the World Health Organization. These include B.117, known as the “UK variant,” B.1.351, first identified in South Africa,  P.1, identified in Brazil and B.1.617, the double mutant strain identified in India. "N-0385 works by blocking TMPRSS2, an enzyme responsible for cutting and priming the viral spike protein so that it can attach and fuse with the host cell membrane, and release the virus’s genetic material,” said Dr. Jean.

“Importantly, we demonstrated that N-0385 is a broad spectrum (nanomolar) coronavirus antiviral, that impedes SARS-CoV-2 VOCs infection, including B.1117 and B.1.351,” says Dr. Tirosh Shapira, a postdoctoral fellow in the Jean laboratory, and co-first author on the paper. “Protection was demonstrated in cultured human lung cells, but also in organoids – an advanced near-human model of infection differentiated from donor patients.”

The development and testing of N-0385 is a cross-border initiative funded via The Canadian Institutes of Health Research (CIHR) COVID-19 research grants. The small molecule was developed by Drs. Richard Leduc, Éric Marsault, Pierre-Luc Boudreault and their team at Université de Sherbrooke. The efficacy of N-0385 in human cells and human organoids was demonstrated by Dr. Jean’s team at UBC FINDER, the state-of-the-art level three biocontainment facility founded by Dr. Jean in 2010.

“We hope that this, and related drugs, may have broader applications in combating other respiratory viruses that use the same means of entry into host cells, including established coronaviruses, influenza and other viruses,” said Dr. Jean.

Now beginning the second year of a two-year grant focused on identifying promising therapeutics, the researchers are now testing other drugs that are similar in structure to N-0385 against SARS-CoV-2 and variants, as well as other emerging pathogenic viruses.

This research story was originally posted on the UBC Life Sciences Institute website.