World TB Day: Tuberculosis is still an urgent global health matter and time is running out 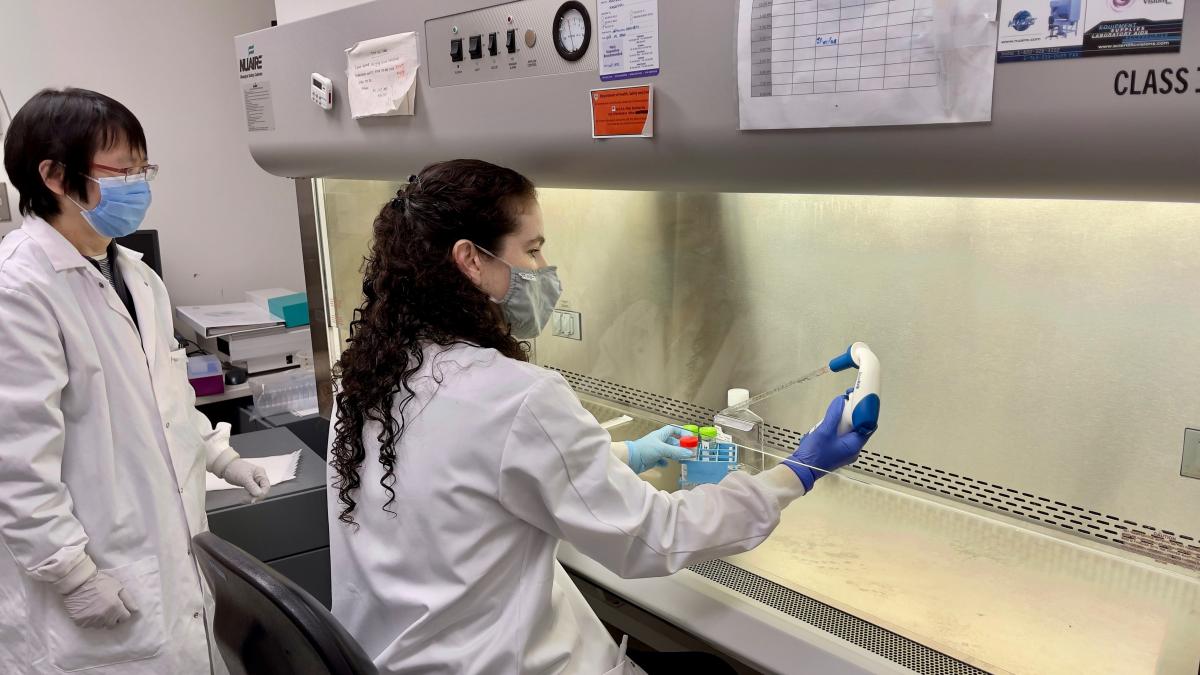 This isn’t the first response one would expect to hear when dedicating their career to finding its cure, but researchers of tuberculosis want you to know that yes, it does still exist. And it kills more than one million people per year.

As one of the oldest diseases, there is hope that one day there will be a time where it does no longer exist. But as the infectious disease that has killed more than any other in history and still provides a repertoire of unanswered questions, it feels right now that time is running out.

What is Tuberculosis (TB)?

Mycobacterium tuberculosis (the bacterium that causes TB in humans) is a disease that primarily affects the lungs – although it can affect other parts of the body such as the kidney, spine, and brain.

Much like a cold or the flu, it spreads through aerosols such as coughing, singing, or talking. But Dr. Yossef Av-Gay (UBC Department of Medicine and UBC Department of Microbiology & Immunology) and Ginny Pichler (PhD candidate, Av-Gay lab) share that TB affects an astronomical number of people – anywhere from one-quarter to one-third of the global population. Of this number, nine in ten people will have latent infection where it sits inactive in the macrophages in your lungs. The others will fully develop the disease. And two-thirds of these cases will go undetected, either because people don’t have healthcare access or they’re just not aware.

“TB is a very slow progressing disease,” says Dr. Av-Gay. “What’s sad about it is that we have drugs, but they are not accessible to everyone. And because of the bad public relationships of the disease, it is low-income patients who suffer.”

Pichler seconds that it is a disease that has unequally affected people for a very long time.

“I wasn’t in microbiology before my PhD,” she says. “I worked in a biological aspect of archaeology where I encountered a lot of human skeletal remains that showed evidence of TB, leprosy and other types of infections. And so, it has been persistent within the human population for an astounding amount of time. Historically, there are really no other diseases that have co-existed with and plagued humans to the same degree as TB. So, it really is a tough nut to crack.” 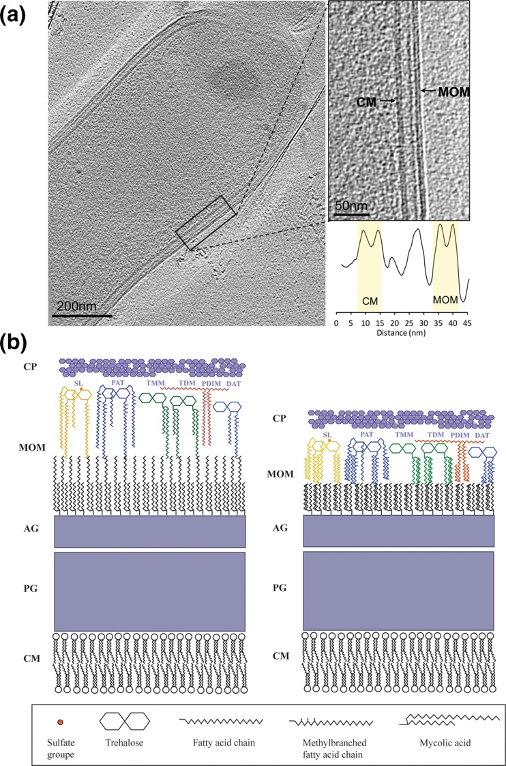 The COVID-19 pandemic has put “End TB” progress at risk

The World Health Organization has declared this year’s World TB Day theme as ‘The Clock is Ticking’ to convey the sense that the world is running out of time to act on the commitments to end TB made by global leaders. But even with the growing awareness of this research, the COVID-19 pandemic has put “End TB” progress at risk.

The immediate shift in research affected TB work by limiting access to facilities to make room for COVID research, lab closures which pushed back research timelines, and trouble raising funds for the lab. But around August 2020, the Av-Gay lab was able to resume work on TB thanks to funding from the TB Veterans Association, who have supported their lab for the last 30 years, and CIHR. And Pichler shares that she’s been able to resume most of her work because of funding set aside as a student halfway through her PhD. 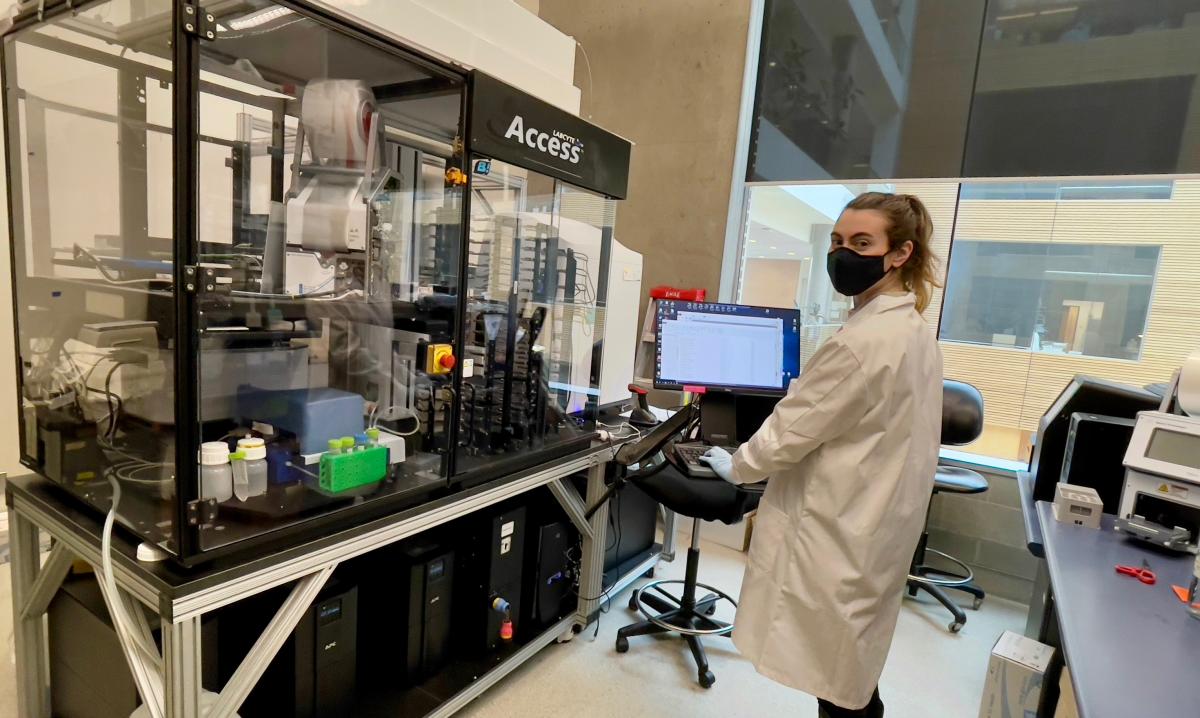 “What has specifically impacted my research, and is unique to the fact that I’m working with clinical isolates, is that I am reliant on having the TB samples grown and sent over from the B.C. Centre for Disease Control,” she shares. “There has been a halt at the BCCDC for other research-based activity to channel the focus to COVID work, which is of course understandable. This now means that I must submit a special application and receive approval for my samples to be cultured and transferred to UBC.”

These challenges due to the COVID-19 pandemic have caused setbacks for many researchers across the globe who are doing work on other diseases, but TB and COVID actually have some similarities that signify the importance of ongoing research in both.

“In a way, viruses and mycobacteria have similar behaviour. They are both parasites,” says Dr. Av-Gay. “TB doesn’t grow on trees or in the soil, it grows only in human beings similar to viruses. The only difference is that you can mimic the environment and make TB grow in culture media. You cannot do that with viruses.”

There are also similarities in terms of drug discovery and the host pathways that are used to combat infection, as cells don’t differentiate much between viruses and bacteria. It sees them both as invasive spreads.

In the Av-Gay lab – which collaborates with PIs across the board from Bioinformatics, Immunology and Cellular Biology to enable cutting edge and state-of-the-art research – they work on two aspects of drug discovery and antimicrobial resistance.

The first is through basic monochromatic mechanisms, which study TB’s ability to infect and grow ultimately inside human macrophages.

“TB lives inside our immune system and subverts the immune system to work to actually avoid detection via distraction of pathogens. The way TB does it is of interest to us,” shares Dr. Av-Gay. “We study the signal transaction between the host and the pathogen and how to use it to fortify content.”

The second approach is through Chemical Biology, where the lab uses drugs to understand mechanisms of resistance to avoid damage in the environment from the macrophage to the immune system.

But Ginny Pichler, who is co-supervised by Dr. Av-Gay and Dr. William Hsiao (Simon Fraser University) does slightly different work than most other members of the lab, working with large volumes of data to be able to do a more comprehensive analyses by leveraging whole genomics and transcriptomics.

“There is growing antibiotic resistance, and we’re losing that battle,” she says.

So, while other lab members work on host-directed therapies and alternative methods, Pichler focuses on better understanding the relationship between existing second-line antibiotics, which are often last-resort therapeutics, and multi-drug resistant TB infections.

“I work with non-tuberculous mycobacteria as well as TB,” she shares. “I’m looking to improve the resolution of drug resistance detection so antibiotics, which are currently still the best treatment option, may be utilised more effectively.”

She does this by testing clinical isolates that have been collected around the province and housed at the BCCDC against a panel of antibiotics to determine the concentration of each drug (called the MIC: ‘minimum inhibitory concentration’) needed to kill those bugs. She then overlays these data on the genomes and transcriptomes of the samples to detect patterns in genes and mutations that correlate to the MIC.

Pichler hopes to add granularity to drug susceptibility testing by finding definitive links across the genome that may serve as markers to create treatment regimens that are tailored to appropriate antibiotics and concentrations.

“In high-burden TB areas, often there are insufficient resources or facilities to be able to conduct regular testing and treatment. So, the idea is to move away from a slow, culture-based method to a swifter genomic screening system that can hasten diagnosis and provide specific markers for a targeted antibiotic treatment approach. This will not only improve patient recovery rates but also help reduce rising antibiotic resistance.”