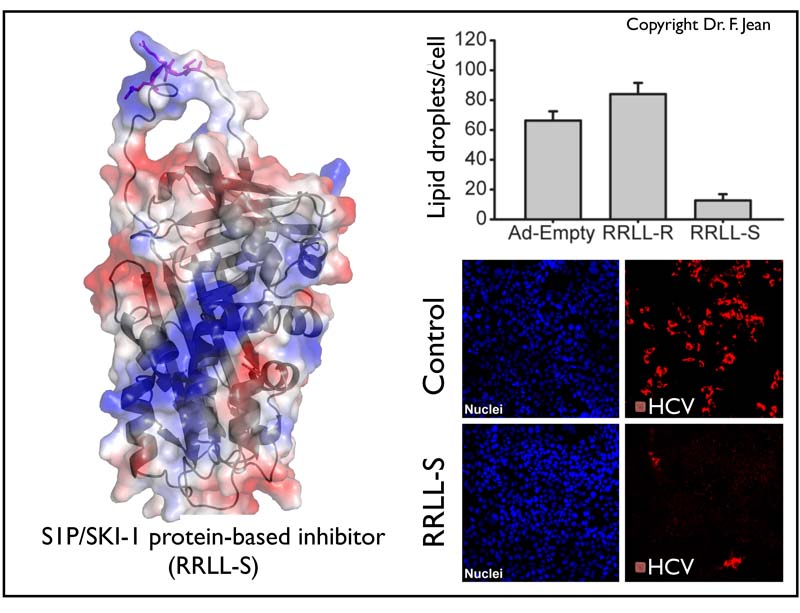 Project summary: Today’s treatment of viral diseases involves a multi-drug regimen largely based on viral enzyme inhibition and using the so-called direct-acting antivirals (DAAs). Although research related to the development of new DAAs is dramatically expanding and under investigation in clinical trials, these multidrug regimens are limited by increasing multi-class drug resistance. About half of the drugs sold worldwide are small-molecule inhibitors directed at virally encoded enzymes (e.g., proteases, helicases, polymerases), and a large volume of data now confirms resistance to the best described drugs of the current antiviral repertoire. In the case of emerging and re-emerging viruses such as hepatitis C virus (HCV) and Flaviviridae-related members [Dengue virus (DNV) and West Nile virus (WNV)], one of the key scientific challenges in developing effective antiviral drugs is their high mutation rate due to the lack of efficient proofreading or mismatched repair systems, which hinder the effectiveness of the virus-enzyme inhibitors (DAAs). To help overcome these challenges with new standards of care for treatment of HCV based on DAAs, my lab has been proposing for several years to shift the current paradigm on global antiviral strategies towards the exploration of novel host-directed strategic targets. It is now well established that the hijacking of host-cell biosynthetic pathways by human enveloped viruses is a shared molecular event essential for the viral lifecycle. The next frontier is identifying the common critical host-cell pathways that are hijacked by pathogenic human viruses in order to develop broad-spectrum host-directed antivirals with novel mechanisms of action: i.e., indirect-acting antiviral agents (IAAs). The main objective of this research program is to discover new IAA strategies for treating HCV infection that could act synergistically in combination therapy with the current and upcoming standards of care involving DAAs. Our recent work published in PLoS Pathogens (2012) supports our main research hypothesis: We demonstrated that strategic manipulation of host cell SKI-1/S1P enzymatic activity in hepatoma cells by our novel protein-based inhibitor (RRLL-S) provides a means of effectively inhibiting HCV infection. The outcome of the proposed studies will lead to new insights into IAA strategies for treating Flaviviridae infection that could act synergistically in combination therapy with the current standards of care.

Key paper: Olmstead, A. D., Knecht, W., Lazarov, I., Dixit, S. G., and Jean, F. (2012) Human subtilase SKI-1/S1P is a master regulator of the HCV lifecycle and a potential host cell target for developing indirect-acting antiviral agents. PLoS Pathogens. 8(1): e1002468. Underlined in Nature’s Science-Business exchange SciBX 5(6). Our paper is already listed as one of the most viewed PLoS Pathogens articles in the  “most views, all time” section (5,185 article views as of October 27, 2012). Names of authors from my lab are underlined. 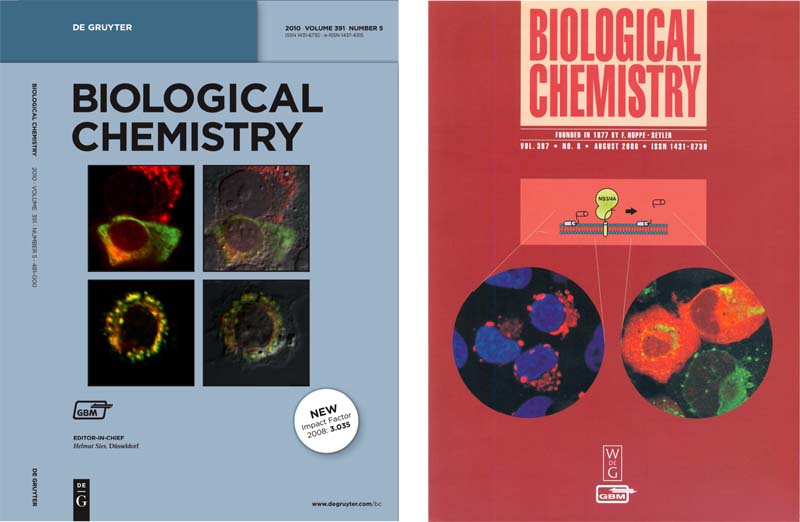 Project summary: The long-term goals of this research program targeted at virally encoded proteases are to increase our understanding of the virus host-cell interactions, and to discover how viral enzymatic pathways essential for the virus lifecycle can be interrupted. Our research program centers now on developing and evaluating new protease inhibitors of the Flaviviridae-encoded serine protease nonstructural (NS)3, which is essential for the viral lifecycle of hepatitis C,  West Nile, and Dengue viruses. Over the last 10 years, my research in antiviral drug discovery has been punctuated by important contributions including 2 collective patents and 9 collective applications submitted to the University-Industry Liaison Office (UILO) at UBC. My team has discovered novel classes of naturally occurring direct-acting antivirals (DAAs) targeting viral proteases that are essential for the virus lifecycle of emerging and re-emerging human viruses of great concern around the world (e.g., SARS-CoV, HCV, DENV, and WNV]. One of our most exciting discoveries, novel small-molecule DAAs of the HCV NS3 protease, has been filed for a patent application and was supported by a CIHR Proof of Principle (POP) grant designed to advance discoveries towards commercializable technologies. My team has also reported the discovery of the first generation of anti-SARS agents directed at the SARS-CoV 3CL protease from marine natural products [collaborator  (UBC), Dr. Andersen; Paper of the Year 2006 (Hamill P., et al. Jean F. (2006) Biological Chemistry 387: 1063-74].

Key paper: Martin, M., Condotta, S., Fenn, J., Olmstead, A., Jean, F. (2011) In-cell selectivity profiling of membrane-anchored and replicase-associated hepatitis C virus NS3-4A protease reveals a common, stringent substrate recognition profile. Biological Chemistry. 392: 927-35. The work presented in this communication demonstrates the importance of our membrane-targeted activity-based probes in studying the enzymology of complex induced-fit viral proteases such as the ER-anchored HCV NS3/4A during viral infection. The findings of our studies also demonstrate the potential of our experimental approaches based on membrane-targeted activity-based probes for antiviral drug screening directed at complex induced-fit membrane-bound viral proteases in the context of viral infection. For example, our fluorescent probes will greatly help the scientific research community in validating the specificity of novel anti-HCV small molecules targeted at HCV NS3/4A when tested against NS3-4A activity alone, in replication complexes, or within the course of HCV infection. Names of authors from my lab are underlined. 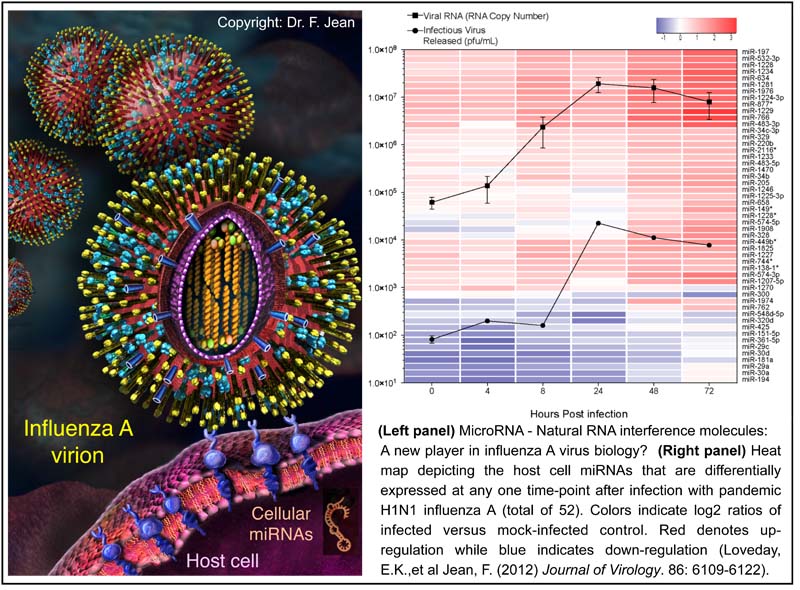 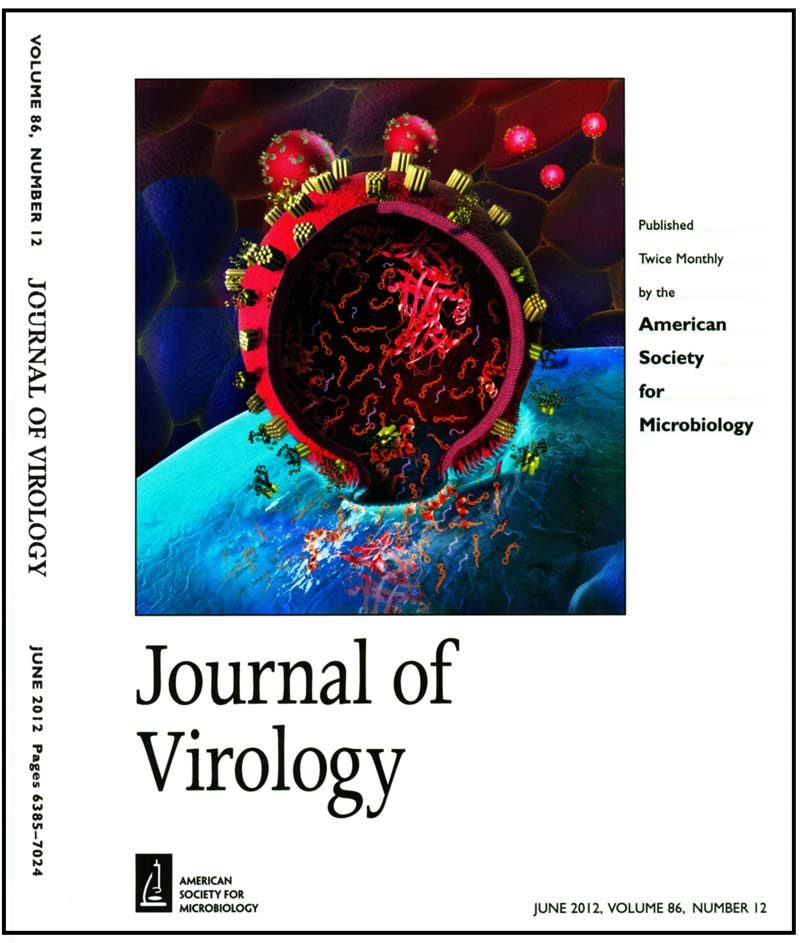 My exciting research projects are performed at the new state-of-the-art University of British Columbia Facility of Infectious Disease and Epidemic Research (UBC FINDER), which has been under my scientific directorship since January 2008. FINDER is one of the most important university-based research facilities of its kind in the world. The scientific instruments (CFI Award: $19.3M: Dr. Jean co-PI) are installed in customized laboratories within the facility [e.g., analytical/proteomic lab (1), imaging labs (2), flow cytometry lab (1), microbiology labs (3),] providing a unique national capability to apply the cutting-edge tools of genomics, proteomics, and imaging (i.e., infectomics) research to the study of emerging and re-emerging infectious diseases.

The global health burdens of emerging and re-emerging viral diseases such as West Nile fever and dengue hemorrhagic fever (DHF) are dramatically increasing. According to the World Health Organization (WHO), Canada recorded the third highest number of West Nile virus (WNV) cases in 2012; moreover, about 2.5 billion people are now at risk of dengue virus (DENV) infection worldwide with an estimated 390-million dengue cases annually, of which approximately 30% occur in India. WNV infection can lead to neuroinvasive disease and DENV infection and progress to life-threatening DHF; rapid and reliable diagnosis is therefore critical. However, current diagnostic tools are limited in their sensitivity, specificity, and multiplexing capabilities for detecting and identifying WNV and the four DENV serotypes circulating around the world. In light of these limitations, the WHO and the US Centers for Disease Control have stated that the development of early, rapid, and robust diagnostic methods for WNV and DENV should be research priorities.

In this IC-IMPACTS research program, Dr. Jean (UBC, Canada) and Dr. Chattopadhyay (NationWide, India) are leading a multidisciplinary team of distinguished investigators from Canada and India to develop and deliver a rapid, robust, and sensitive non-invasive multiplexing diagnostic test for detecting WNV and DENV in blood samples. The novel diagnostic technology will be validated and optimized using clinical samples obtained from Canadian and Indian patients who have been hospitalized with laboratory- confirmed WNV and DENV infections respectively. Upon delivery and deployment, this cutting-edge diagnostic for the detection of emerging and re-emerging viruses would have an enormous on-the-ground impact on healthcare in Canadian and Indian communities.